Cartagena burnt down 19 years after it was founded in the 1500s by Spanish colonialists and named after the city of Cartagena in Spain. It is only permitted to use non-flammable materials for buildings, a rule which has affected the look of the city. It was a major Spanish port in the Caribbean so it became a good location for storing ill-gotten treasures. It was sieged five times in the 1600s. Britain’s own Sir Francis Drake was one of the plunderers and only agreed not to wipe the place out for a 10 million peso ransom.

These constant attacks are the reason for the fortifications around the city. A Spanish officer did manage to ward off an attack by a British fleet of 186 boats with a poor army of 2,500 versus 25,000 Brits.

He won and the Colombians were so thankful they made a statue commemorating him. They were still one of the first cities to gain independence in 1810 and an influential place due to their geography, Bogota soon followed suit and freed itself from Spanish rule.

It wasn’t to last, as five years later Spain tried to recolonise and the siege meant thousands of people starved. Cartagena became free again in 1821 after Bolivar liberated Bogota in 1819. Bolivar named Cartagena ‘The Heroic City’ and it really is.

Cartagena is every bit the romantic city it is made out to be and it was my last stop on my tour of South America so it was emotional for me. My plan was to spend a few weeks in Central America and then on to California for my flight home.

There was one thing that I was particularly looking forward to in Cartagena and that was the mud volcano, something I was very excited by when I discovered its existence. Mud is also very good for the skin so as well as being an entertaining day out with Sarah and Joe I would also apparently return cleansed and nourished.

The mud volcano is a midget compared with a run of the mill lava volcano and you go up the steps and climb into the mud pit at the top which is inside a makeshift wooden box. A man took it upon himself to massage me in the mud which I hated and therefore wasn’t particularly relaxing or enjoyable.

When we finished our mud bath we went into the handy neighbouring lake where women rinsed the mud off our bodies including the breast area. I wasn’t very pleased with having to tip them both for touching me without my permission. However, I was worried they would get aggressive if I failed to pay them for their services.

El Totumo isn’t the only mud volcano in the world as there are around 1,100 in various continents around the world and there could well be many more. Across Europe and Russia are several mud volcanoes and some of the better-known volcano regions outside these areas are Indonesia, Azerbaijan, Pakistan, Iran, China, Philippines and North America (notably Yellowstone Park).

Elsewhere in South America, there is another volcano next door to El Totumo in Eastern Venezuela. The creation of these formations is related to the oil deposits and Venezuela’s Volcan de Lodo de Yagrumito plays a part in the ecosystem as cows drink the salty mud in order to provide milk.

As Colombia’s volcano is located on the border of Bolivar and Atlantico, the two states are in debate about which it falls into now that Colombia is becoming a popular tourist destination and there is money to be made.

We had to get messy one last time in SA and so we went out on a Tuesday night. Our hostel had a roof terrace so Sarah and I walked outside and asked some random blokes in a doorway if they had any weed we could buy and we were in luck. It was horrible and twiggy but we smoked it anyway, although we offered some to a middle-aged British guy who tanned most of the joint while his wife went to their bedroom.

When we were out, a guy from the hostel who had dwarfism come on to me. I wasn’t particularly interested and I liked someone else. The worse thing was that another guy from the hostel then started shouting dwarf in my face which was so awful that I wondered why I was out with them at all.

I did a load of coke to numb the pain of the night and we continued the party on the terrace until the sun came up and burnt our retinas. I was then given a load of grief by a guy who was friends with the guy I kinda fancied. The guy I fancied was the American guy who I went to the strip club with when I was in San Gil.

He told me the guy who got into bed with me was really drunk which burnt me as I thought he was implying that was the reason and not because he fancied me. By this point, I just gave up on the night and went to bed, my mind racing.

I’d tried to get in the same boat to Panama as Sarah and Joe but theirs was booked up so I ended up on another one. We planned to meet up in Panama City.

I nearly ended up flying but I backed out and kept to my no aeroplanes rule. It was bizarre to leave South America after so long. I looked at the Cartagena skyline from the yacht and the emotions were real. I felt like I’d done South America good and hard so I had no regrets. 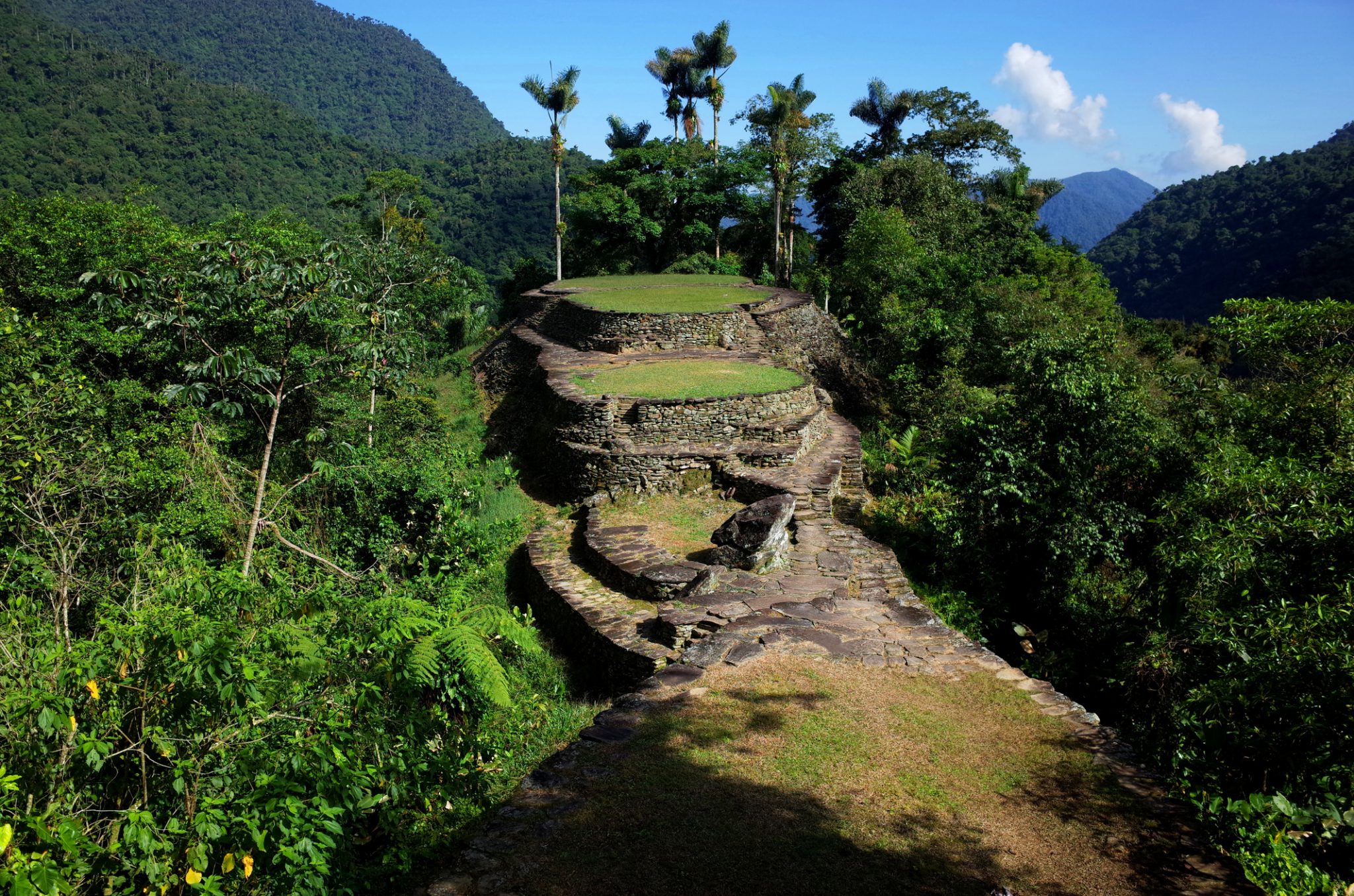 How hard is the hike to Colombia’s lost city of Ciudad Perdida?