I’m very glad that I returned to Peru as I’d missed some very significant places the first time around. The North of Peru has some great historical sites so I knew that I’d made the right decision. My first stop was Chiclayo, a jumping off point for world-class museums.

When I was in Chiclayo I couldn’t get my act together to see the sights after I got a taxi to the wrong place. In the end, I gave up and opted to go on a tour instead which was much more informative.

On this tour, I visited the Huaca Rajada museum, the Museo Tumbas Reales de Sipán, and the Brüning museum. These sites are historically important as they contain relics of both the Moche and Sicán cultures. The Sipán and Brüning museums are in Lambayeque and HR is near Sipán confusingly.

Huaca Rajada, the Lord of Sipán was lucky to escape looters who were heavily active in Northern Peru and even took mechanical diggers to potential treasure sites. The site includes two fairly non-descript mud pyramids and a burial platform.

The museum is a rich red pyramid with gold writing and decoration, it is a rare thing for museums in Latin America to be so high class but there are some absolute cracking ones. Of course, many areas are essentially living museums, which speak more to people than things behind glass, at least to me.

His tomb is considered ‘the richest tomb of the New World’ as he was buried with gold, silver, copper, ceramics, fabrics, shells, jewellery, knives, food, sacrificed animals, and 6 other people. I was glad I came to see such important history and I continued down to Trujillo to see more things that I’d missed.

From Trujillo, I visited Chan Chan. This is an important UNESCO site as you can see the agricultural, industrial and water systems that the city relied upon. Chan Chan was built by the Chimú tribe who were a complex people in terms of politics, economics and technology as well as other indicators. It was the largest city in pre-Columbian America and it fell to the Incas in the 15th century.

Chan Chan looks like a decorated mud maze and some of the etchings have cleverly been restored using fibreglass. I had a very irritating guide as I thought it would improve my Spanish but it was actually just a pain to have to listen to complex history in another language.

As if it wasn’t amazing enough that Trujillo is so close to Chan Chan, there is another incredible site here, namely the pyramids of the Sun and Moon. They are pre-Columbian structures and the Moche people built them. Huaca del Sol was made with 140 million bricks. It is believed that it is a ceremonial site as it contains graves.

If you were wondering why you hadn’t heard of them before, the pyramids have been eroded away and covered in sand. However, they do contain animal imagery that can still be seen. I liked them as they reminded me of something from Indiana Jones; I still had the same guide who I was bored of listening to at this point.

In Trujillo, I stayed in a place that was described in the LP as ‘like Alcatraz’ and it was genuinely grottiest place I’d stayed in during the whole trip. I’ve been to Alcatraz so I can confirm the similarities. It was really cheap though so it had that going for it. I was happy to leave and get to Chachapoyas, but I had no idea how much hassle was in store for me for the rest of my Peruvian journey.

I landed in Chachapoyas to find a thoroughly nice place with a great main plaza. It is the place where the Spanish launched their rampage in the Amazon region. There are lots of sights to see in the surrounding areas although it is a place often missed by travellers. I booked a trip to Kuélap Fortaleza for the next day.

The ‘fortress’ is actually a walled city. It was of course built by the Chachapoyas culture and it is very high at 3,000 metres above sea level. I saw two backpackers trying to hike to it when we were on the bus and they looked like they were dying. It housed 3,000 people and is one of our largest stone monuments, using 10 times the volume of slabs used in the Giza pyramids. It was abandoned in the 16th century after the Spanish invaded it. The Peruvian government have now built a cable car to reach it in order to develop tourism in the area.

I made friends on the tour with an Australian couple, a British/Peruvian couple and an old British man so we all went drinking together when we got back and we decided to get a collectivo taxi together in the morning to La Catarata Gocta.

The Gocta falls were sold to me as being the third highest falls in the world but they are not really. They are actually the fourth highest falls after Salto Ángel in Venezuela, Browne Falls in New Zealand and Ramnefjellfossen in Norway.

We were all slightly hungover and once we got there they told us that we needed a guide, which we didn’t really as its pretty self-explanatory. The existence of these falls to the wider world was only revealed in 2005 when it was found by German explorers. Of course, the Peruvians knew it was there but didn’t speak of its existence because they were concerned about the curse of a mermaid with blonde hair.

It is about a 2-hour walk each way as I recall, but as we were hungover it couldn’t have been that difficult. We actually saw an Andean cock-of-the-rock on our way to the falls, which is an amazing bird with a bright orange crest. They eat fruit so they are valuable seed spreaders in high-altitude forests from Venezuela to Bolivia. It is the national bird of Peru and rightly so.

As my time in Chachapoyas came to an end, I had to worry about the next step of my journey as the buses weren’t running due to farmer’s barricades, which were blocking the roads and not letting any vehicles past.

My aim was to do the whole trip without flying so I needed to travel by road in order to get a boat down the Amazon River to get to Venezuela via Brazil.

I needed to get a bus to Tarapoto but there were no direct buses, as they couldn’t get through. I’d also broken my phone as well as my watch. So I bought a new watch so at least I knew what time it was. I would need to get local buses and do the journey in small chunks with frequent bus changes. 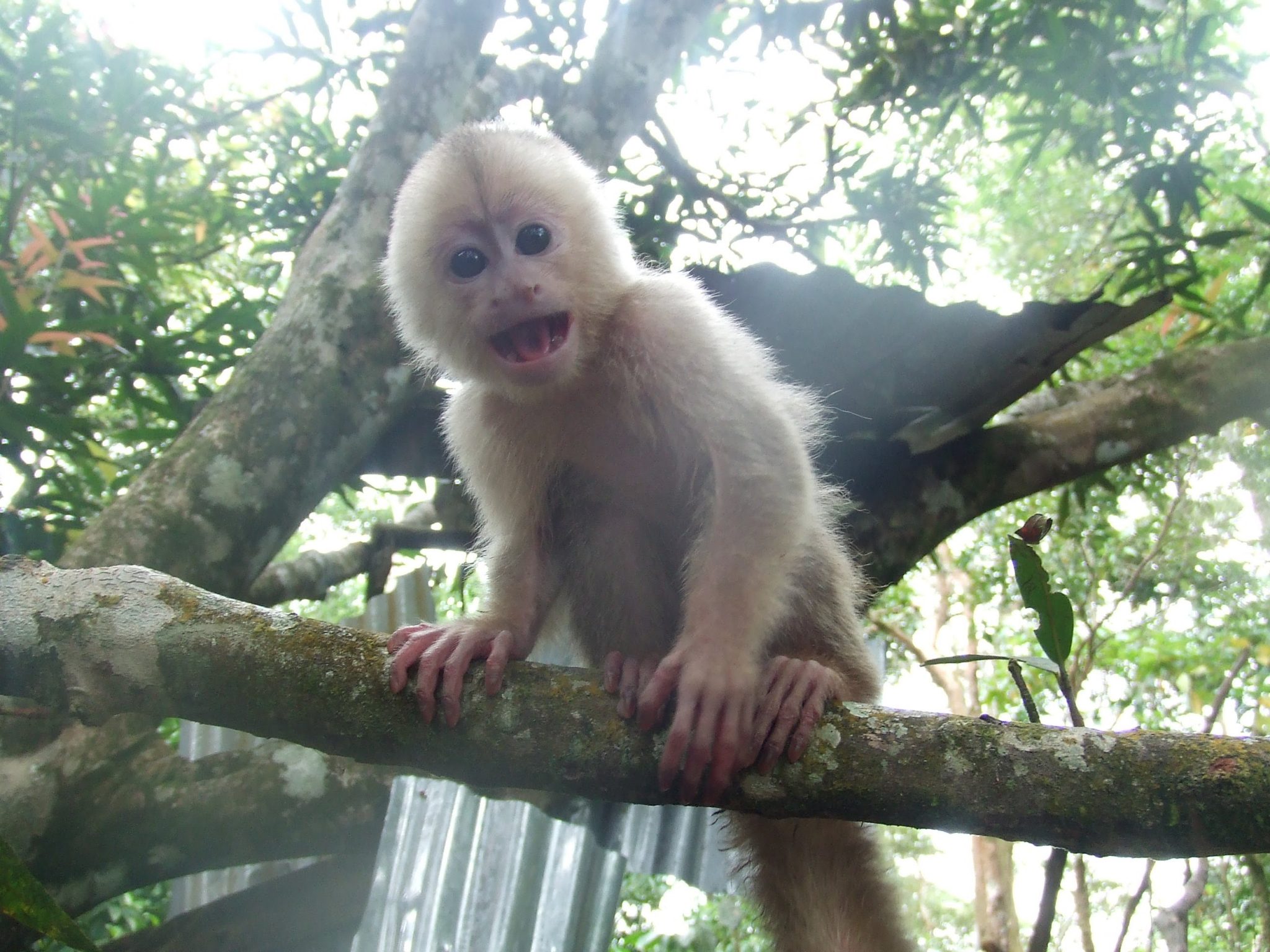