I last backpacked through Central Europe in the summer of 2006 and again in 2007. I went to Vienna in 2006 with two of my university housemates and in 2007 I went to Budapest, Prague and Bratislava with two of my other friends.

This time I returned with my boyfriend as he hadn’t visited any of these countries and it was his 30th birthday. I organised the itinerary as a surprise and I don’t generally return to places but I knew that he really wanted to visit them. I thought that it would be different in some ways but it was different in more ways than I expected. As I went in March 2017 this was ten years later. This is what I learnt.

Here is my lovely boyfriend:

First of all we went to Hungary. We spent only one night in Budapest as we’d both visited before.

We stayed in a lovely boutique hotel, as my bf usually complains that I don’t choose good accommodation. It was way more expensive than I would usually go at just over £100 per night, it had an amazing breakfast though and that is very important.

We walked down the street and it was definitely busier than when I first visited, its still an incredible city but tackiness had seeped into the more touristy areas with nicknack shops and ‘ice bars’. It was also way more expensive.

We went to the Gellert Spa as it was new to both of us, having visited Szechenyi baths previously. This is the roof of Gellert, as I didn’t take my camera into the baths.

I was excited about seeing such grand, ornate baths but it was really busy being a Saturday. The large pool upstairs was closed which made it more of a squeeze.

That evening we went to the opera so we felt very upmarket and it is very cheap to go to the theatre in Eastern Europe.

This was the lovely setting for our hotel in Tapolca – it has its own waterwheel! Again, I would never have ventured far outside the cities when I was younger and it was great to see such lovely places, later on a bat appeared over the water so I was pleased. It was such a small place that we committed the cardinal sin of eating at the same place twice.

I planned a visit to the lake cave as the ice caves in Salzberg that I originally wanted to visit were closed for winter. I wanted a cave that was in the south of Hungary (there are UNESCO caves in the north) and I came up with this.

See how well we fitted in as backpackers in the grand hotel that we nicknamed the ‘Grand Budapest Hotel’ as it reminded us of the film.

We arrived in Vienna and there was so much that I didn’t remember from my previous visit. We had coffee and apple strudel in this amazing cafe in a butterfly house which must be one of the most gorgeous places I’ve ever drunk coffee. I could see the butterflies flying about next door and they really were beautiful. As you can see my bf really appreciated having his photo taken. The first time I went to Vienna we spent most of our time in the hostel bar when we weren’t sightseeing.

Another great thing about revisiting cities was that I saw things I’d never seen such as this incredible building by architect Friedensreich Hundertwasser.  He is known as the ‘Austrian Gaudi’ which takes away from his genius as he is great in himself. There are two buildings close to each other and I would never had known if the man who worked at the hostel hadn’t told me.

I wasn’t that excited to return to Slovakia as I had been there before and seen a lot of it. It is a small city and whilst the old town is picturesque, the rest isn’t.

Nonetheless, I enjoyed the train journey as I saw lots of deer and hare on the fields in the sunlight. My bf enjoyed as I hadn’t been that positive as it was still a new country for him.

I ate my own words as I used it as an opportunity to take lots of photographs of landmarks like the UFO bridge in Slovakia.

I also took some pictures of random things that I hadn’t seen before including this picture of a toilet!

I was pleased to add Cesky Krumlov to our itinerary as I had never been before and I loved it so much, I could have happily lived there. My bf loved it too. We even saw two kestrels living in the castle which was great.

In conclusion I think travelling is easier now but is also easier to find quirkier places and great places to eat.

It is more family friendly and places are set up to amuse kids.

Travel is so much more connected now and you can share everything and you don’t get lost as much which in some ways is good and some ways are bad. For safety reasons it is good that people know where you have been.

I think I was braver then than I am now and I felt more excited and I was better at handling anxiety than I am now.

Money buys you better accommodation and can buy experiences in some sense, but I always think the best memories are those are unexpected and you could never buy that.

You meet less people when you’re staying in hotel rooms and in a couple, however, I found we spoke to local people more in restaurants and hotels instead of only meeting fellow backpackers so that was nice.

So different, but still good! I will go backpacking again when I’m 40 and I’ll see what has changed then 🙂 Kitschy fun on Salzburg’s ‘The Sound of Music’ tour Learning about the wildlife of the Alps in Innsbruck 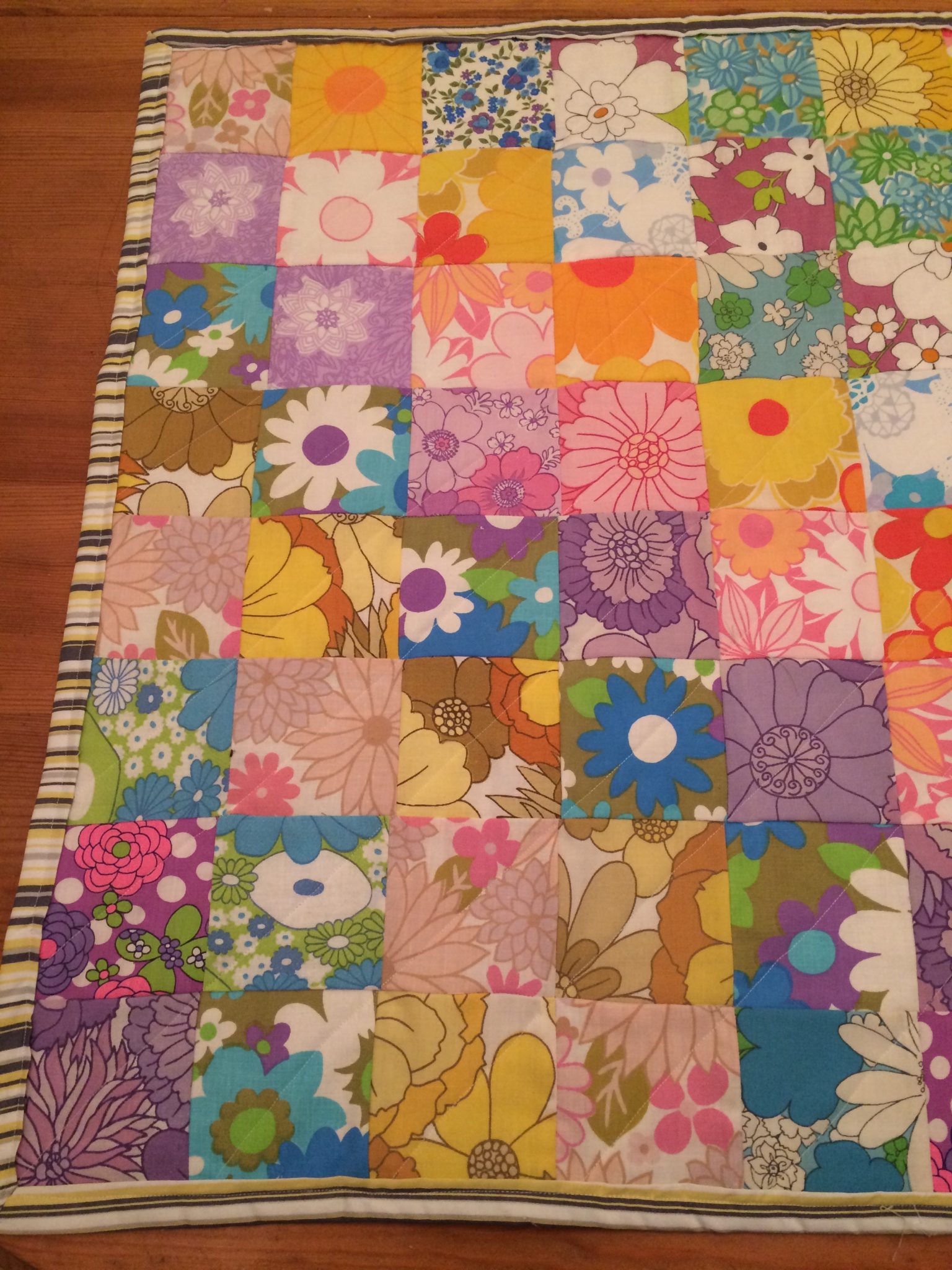 How to make a really simple quilt