Bharatpur’s Keoladeo National Park has evolved from being a duck-hunting reserve for the maharajas to a UNESCO heritage site. It has 360 species of birds in high season and it is comprised of woodlands and wetlands. The best time to go is October until March when it is flooded. We stayed in a nearby hotel the night before so that we’d be ready to go in the morning.

As we managed to get up early, it meant we could see the sun coming up behind the mists. It’s definitely worth getting up early as you will see so much more. Although you probably won’t beat the crowds as the tour groups also get here early for the same reason.

At the entrance, the foreigner price is 500 rupees which is just over £5. It cost us 50 rupees each to get ourselves a bike, they weren’t the best bikes ever but they did the job!

We were both a bit saddle sore afterwards but as we’re quite into wildlife there was no point paying for a guide. You can also explore the park in a rickshaw and the drivers will spot birds for you for 200 rupees per hour. It’s pot luck as to whether you get a good guide or not.

As soon as we got into the park we were rewarded straightaway with peacocks sitting in a tree and a pair of Egyptian vultures.

It may seem incredible that we got this close to a white-throated kingfisher but they’re actually everywhere in India. I even saw one at the Taj Mahal!

The next unusual spot was a type of sunbird. We saw quite a few sunbirds in the garden of our jungle lodge so if you have any ideas about identification then let me know. They are incredibly sweet and fascinating birds.

As the the ground is so marshy, every tree seems to have its own heron, snakebird or cormorant colony. There is one bird that is the symbol of Keoladeo and that is the painted stork. I was worried that we wouldn’t see one, but there were, in fact, hundreds. We even saw them building nests and raising their slightly more awkward grey chicks.

There was another animal that I was desperate to see that you sometimes spot in fields which was the Nilgai antelope. We’d already seen spotted deer so I was hoping we were in luck.

We cycled down a side pathway which was very bumpy but worth it as we saw this pair of nilgai hanging out with some cows. This was another new mammal to add to our list but they are the biggest Asian antelope which makes them easier to spot!

The creatures here aren’t particularly shy and sometimes the wildlife comes to you like this painted stork that landed on the path right in front of us.

Stopping at the canteen

There are two small cafes in the park where you can get a drink. They use glass bottles so no need to worry about plastics.

We were surrounded by jungle babblers and even though it’s against the rules, we let them have a peck at our biscuits and they ate out of our hands.

After our refreshments, we walked up the tower to have a better look at the marshlands.

People come into the park for work and walk through it so make sure not to leave any valuables lying around.

At the central lake we saw even more wildlife, including turtles and flying foxes fighting in a tree.

After adding both flying foxes and turtles to our list, we also saw this lizard on our way back. Keoladeo really is the wildlife gift that keeps on giving but it wasn’t over yet.

This picture shows one of my favourite moments of the day, and it happened on the way back when we didn’t really think we would see any more wildlife.

I stopped because I wanted to look at the Indian whistling ducks in the foreground, then we noticed the wild boar in the background and then the common kingfisher right in the middle. It just looks like an orange smudge on the photo but this triple spot sealed Keoladeo National Park as one of my favourite nature reserves in India, if not the world.

We swung by the turtle lake by the temple on our way back just to make the most of our time in the park. There were some rhesus monkeys but we didn’t see any of the snapping turtles that live in there, apparently you feed them if you want to see them but we didn’t know that.

Our four hour bike rental was over so we returned them, still buzzing from all the new species we’d seen. It was only 11:30 so we went to the jungle lodge to chill out and read about the amazing species that we’d seen. All this for only £6 and we actually saw more species by ourselves than in the much bigger Ranthambore National Park. Definitely a bird lovers paradise. 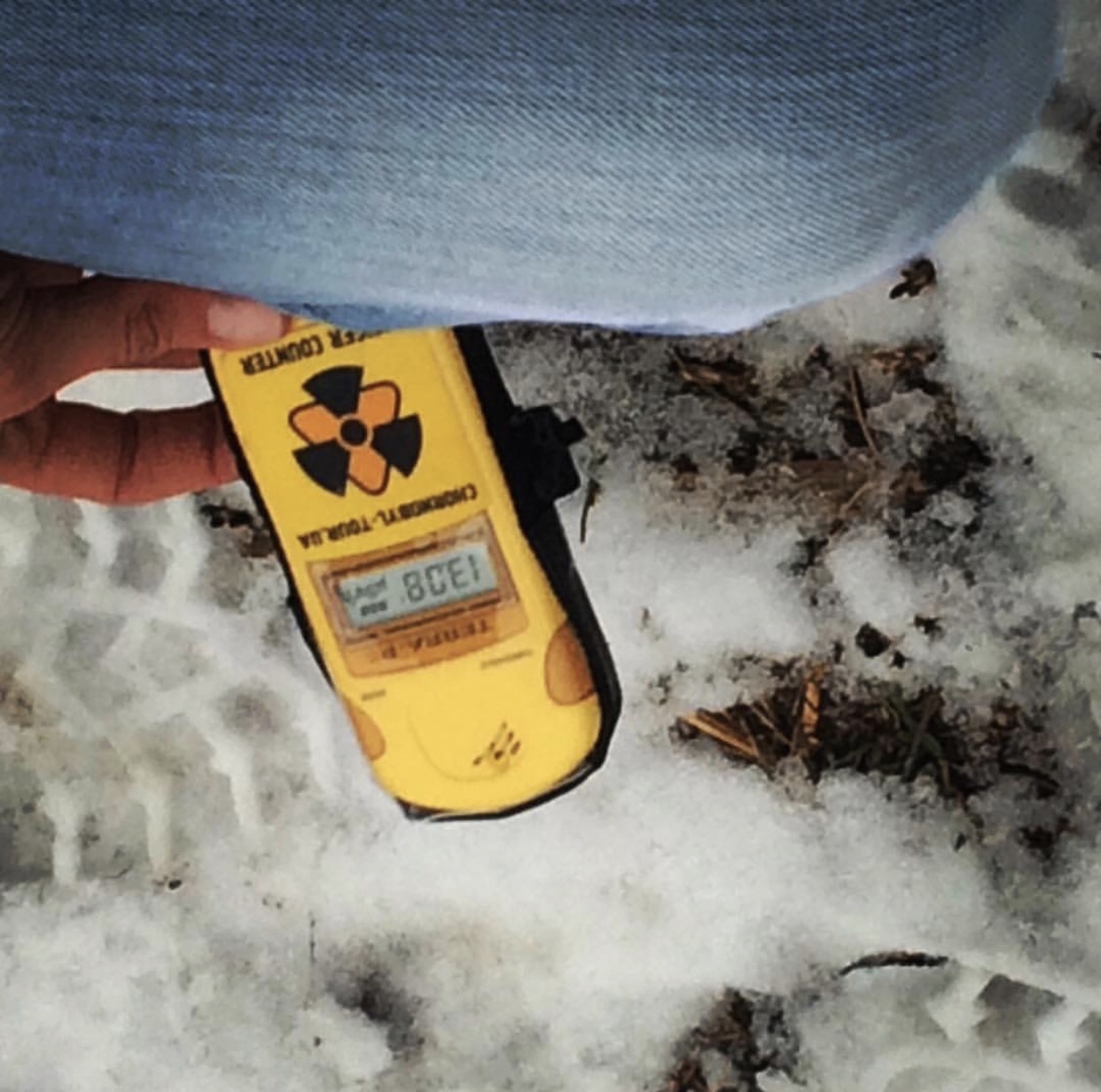 Places you will visit on the Chernobyl Exclusion Zone tour