Asian elephants have been used to give elephant blessings in temples in India since 8,000 BC as a symbol of Lord Ganesha and I had no idea how common this practice was or how poorly treated they were until I came to India.

While elephants held captive in temples may seem insignificant compared to those in parks that give rides to tourists (who also experience awful conditions) it’s still a considerable amount, as there are around 800 elephants kept in temples to give blessings in India alone.

One of the reasons that this number is so high is that they’re dressed up and used in the festival season as well as used to give blessings for money in temples. This happens in Sri Lanka and Nepal as well but on a much smaller scale. Many of them are illegally taken from the wild to live in temples and their training can be highly abusive.

One of the most famous temple elephants is Lakshmi, the elephant who lives in the Virupaksha Temple in the centre of Hampi to give blessings. We were staying in Hampi and heard that she comes down to the water to bathe in the morning. The cynical side of me felt that this was more of a ploy to make money and get free food instead of being for her wellbeing, and this sadly turned out to be the case.

When she walked back from the river, people fed her bananas and she gave blessings to tourists for 10 rupees apiece which she gave to her mahout. I didn’t join in as I strongly disagree with elephant captivity, but I as watched her return to the temple I was confused as to where she actually lived and shocked when I did find out.

Firstly, I want to discuss the mahouts because their economic security lies with this creature who they have been assigned to for many years. The mahout is essentially a guardian for the elephant, or should be at least. Being a mahout is a skill that is passed through the generations, so there is some wisdom there as its better a trained handler than somebody with no experience.

The ideal for both elephant and mahout would be some form of poacher turned guard scenario, where they can work with them in a better environment – preferably a semi-wild one. I’m not suggesting that mahouts are as bad as poachers, but it can be a toxic codependent relationship. In Bangladesh, we actually saw an elephant living under a road bridge as its owner was so poor and feeding such a huge animal is no small feat.

The depressing reality is that domestic elephants can’t be released into the wild as they’re dependent on humans and much of their habitat has been destroyed. If an elephant sanctuary was run in an ethical way and had green space, this would be much better for an elephant than a temple. A temple is about as similar to an elephant’s natural habitat as a brick is to an ostrich.

We visited the Virupaksha Temple as part of our sightseeing in Hampi, but I really wish we hadn’t as I felt bad for giving the temple money after I found Lakshmi out the back sucking her trunk. Elephants suck their trunks to relax so it isn’t a good sign. It’s hard to imagine the misery of being hemmed in like that on a bare concrete floor and it was distressing to see an animal in those conditions. It makes you wonder about the other 799 temple elephants dotted around the country.

While it might seem like feeding them instead of getting a blessing is the answer, this also comes with complications. In some states, pilgrims have overfed the elephants to the point that they’re very overweight as they survive on a nutritionally poor diet of sweets and rice. A far cry from what they would eat in the wild and the reason why all of Tamil Nadu’s captive elephants are overweight, some by as much as 80 stone.

Here are 5 more reasons why getting an elephant blessing is problematic, including the ones you might not have thought of:

1. Risk of disease transfer to elephants

Tamil Nadu considered banning elephant blessings as several animals caught tuberculosis from the 500 plus pilgrims that they were touching every day. Forest officials asked for it to stop after 4 elephants died from human-spread diseases. Admittedly, foreigners generally have inoculations before coming to India, so are not as likely to pass on disease, but it’s still an ethical issue.

Temples and mahouts can’t or won’t pay for veterinary care so elephants live with injuries and scars that are never treated and if they get sick, they die. At least in an ethical sanctuary, help is available and paid for with tourist money.

3. Festival conditions are hellish for elephants

The festivals are in the hot, dry months of February to April when the elephants are covered in regalia, taken to crowded areas and paraded around without rest, food or water. While it looks visually spectacular to festivalgoers, it’s the absolute opposite experience for the elephant.

4. Bull elephants can be aggressive during musth

Many of the elephants are bulls and they can’t help their biology. Unfortunately, the time when their hormones are high during musth can also coincide with festival time and they’ve killed and hurt people as a result of that aggression.

Elephants live in matriarchal herds of 8-100 and their social nature makes them quite similar to humans in that respect. Scientists argue that they should be treated as such, which means that lonely temple life is very bad for them on a psychological level.

The combination of being illegally procured, fed poorly, abused during training, the lack of medical care, the lack of a family unit, being kept in temple conditions and the awfulness of festivals means that temple elephants have it rough. On top of that, they have to bless up to 500 people per day which must be exhausting.

I realise that there’s a lot of doom and gloom in this article but I don’t want the situation to seem hopeless. Many tourist agencies are hearing that we only want to see elephants in the wild or at an ethical sanctuary so there is an awareness there.

Change happens slowly, and it will probably be even slower where religion is involved but if we don’t have a part in it, that can sometimes urge other people to reevaluate. It’s not easy to personally change anybody’s mind, but there are organisations working in India to do just that and we should leave it up to them to help elephants and mahouts.

If you do discover an ethical grassroots organisation on your travels then, by all means, offer to support them with a donation or by raising awareness on your social media accounts.

The tide is turning on many global ethical issues, including plastic pollution and food waste, so let’s hope that ending elephant captivity stays on the agenda and that mahouts can be given jobs guarding animals in the wild instead.

I would love to hear your thoughts on the ethics of using elephants in temples and festivals. Let me know in the comments below. 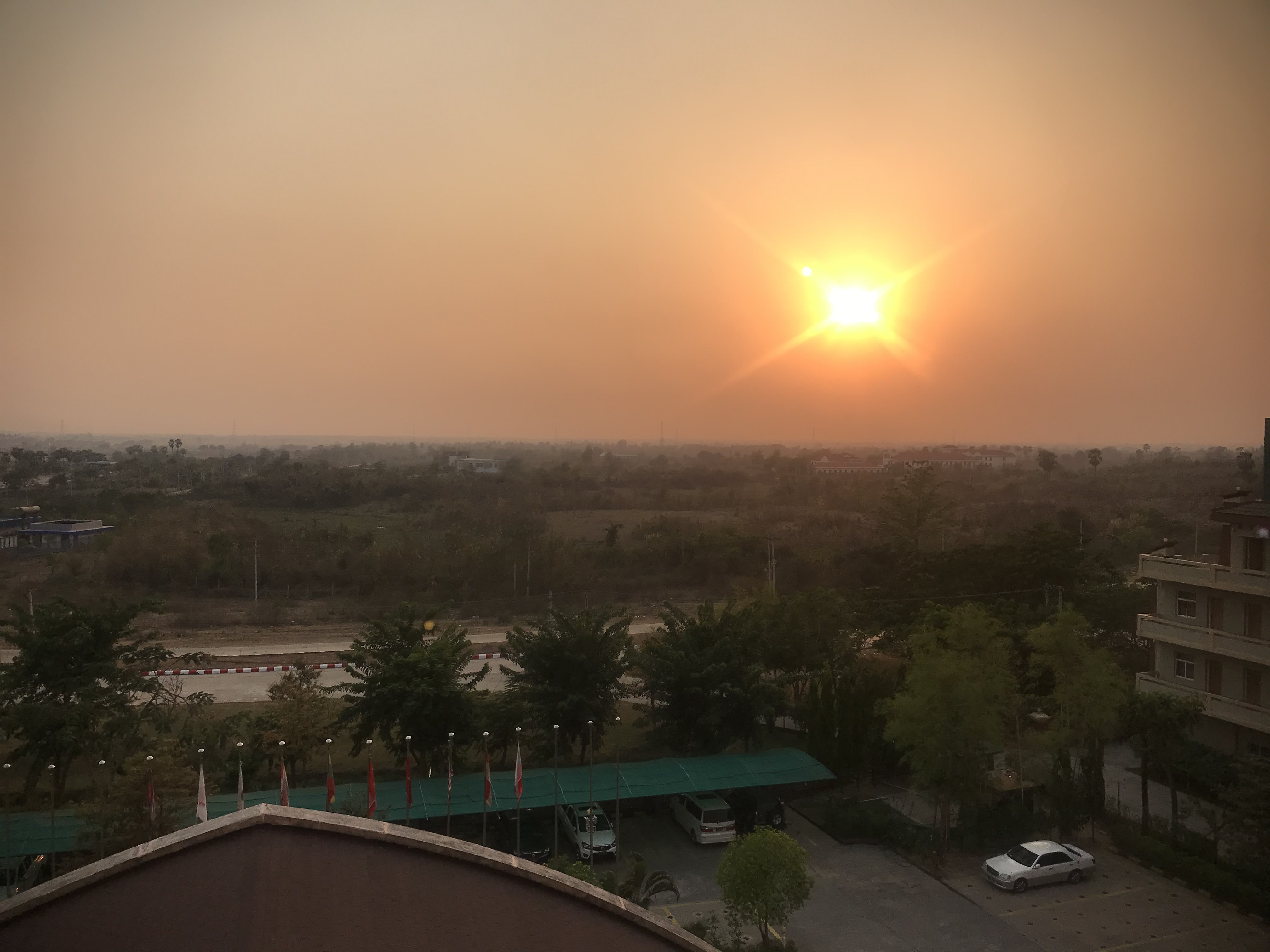 Staying in a deserted hotel in Naypyitaw – Myanmar’s ghost capital