When you visit the Chernobyl Exclusion Zone on a tour, the second place on many itineraries after the village of Zalissya, is Kopachi Kindergarten.

The kindergarten was only 7km from the reactor and all the buildings were buried afterwards, except for this one and another brick structure.

We visited in the winter so there was snow on the ground.

We found toys scattered on the ground along the pathway leading to the entrance. I think this is a plastic cooker.

There was even a plastic bunny propped up against the window frame.

We didn’t touch any of the toys, but they had clearly been arranged in order to create interesting photographs.

It’s impossible to know whether the toys were damaged by the children playing with them, or in the years since the disaster.

One girl left without her shoes. That girl is now a woman, I wonder if she ever missed them?

Another bunny teddy with some building blocks. Another toy that looks like it was arranged to look wistfully out of the window.

Plastic fish were another popular toy. It can get dingy in the building which may be why so many toys are placed in the windows.

Books and drawings are scattered all over the rooms. Did children leave their books open or were they disturbed by weather or tourists? There is so much mystery around abandoned places, but at least these children were evacuated and taken to a safe place.

This kindergarden was abandoned in 1986 after the Chernobyl disaster. 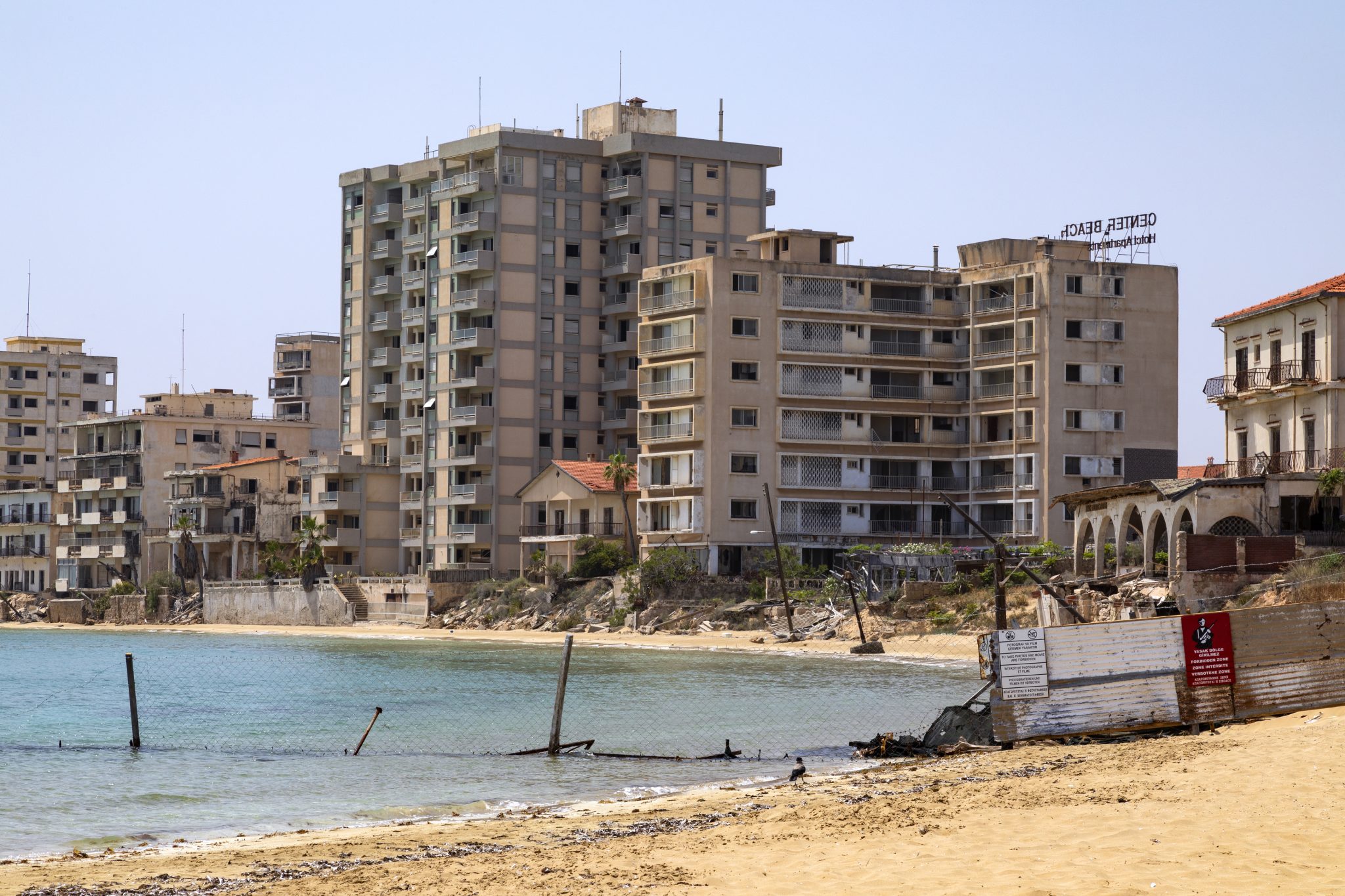 The ancient city of Salamis and the ghost town of Famagusta