My favourite experience in Bali, aside from snorkelling with manta rays at Nusa Lembongan was visiting the abandoned Taman Festival theme park near Sanur.

This guide will tell you everything you need to know from a seasoned urban explorer as well as how to get in without paying a bribe.

Something that massively frustrated me about Bali was the sheer amount of scams going on, I’m an experienced traveller and it was more than I’ve ever seen.

A common scam in Bali is for people to set up booths on roads and charge people to go down them. It’s the most ridiculous scam I’ve ever seen and do not give these people the time of day.

People do this near Taman Festival so avoid them by driving past them, then park next to to the beach. To avoid paying the chancers who demand a bribe at the entrance to the park continue down the beach and climb over the other side.

Getting to Bali’s abandoned theme park

Find the entrance to Taman Festival by using Maps.me and you can actually see the metal girders sticking out. Don’t go in at the gate and make sure you go around the beach side to avoid paying the fee. You can get here by taxi or on a moped.

Beware if you’re on a moped of police who demand bribes. Avoid them at all costs because it happened to us and it was a nightmare as we didn’t have an international license. We spent the previous 11 months driving around South and Southeast Asia on mopeds and never had a problem before.

Be very careful when exploring Taman Festival as there are lots of unstable floors, bits dangling from the ceiling and broken stuff everywhere.

One thing I loved was finding all the statues and mosaics hidden around the place in bushes as there was more to explore than I expected.

Another of my favourite things about TF was the sheer amount of awesome graffiti. I’m a massive fan of street art and there was everything here, from the surreal to the political. Better than an art gallery any day.

Why was it abandoned?

There are several theories about why the theme park was abandoned, two of the most popular are that people wouldn’t visit after the Bali Bombings in 2002 and that it was struck by lightning.

The park is very creepy, especially the basements and abandoned toilets with drawings on the mirrors.

There is a swimming pool, wedding chapel, a cinema and restaurants all waiting to be explored.

If you like urban exploration of creepy places then check out these posts:

Look out for nature when you’re exploring as I saw this beautiful Balinese skunk hiding in the leaves. You’ll also see squirrels, spiders, swallows and bats among other creatures. There are rumours about crocodiles roaming around but I think they’re long gone.

Locals believe the park is haunted and you won’t see many people here. We only saw about 4 other people the whole time we were here. Bali is so crowded that the thing that I most appreciated was the solitude of it.

This isn’t the only abandoned place in Bali, oh no, there are also two abandoned planes, the abandoned temple of Karangasem and the Taman Rekreasi Bedugul hotel. The hotel was also abandoned after the bombings. In the ocean, there are shipwrecks and underwater temples to explore too.

Read: 7 places in Bali that will give you chills

Did you feel inspired by Bali’s abandoned theme park? Where are your favourite abandoned places to explore? Share your stories in the comments below! 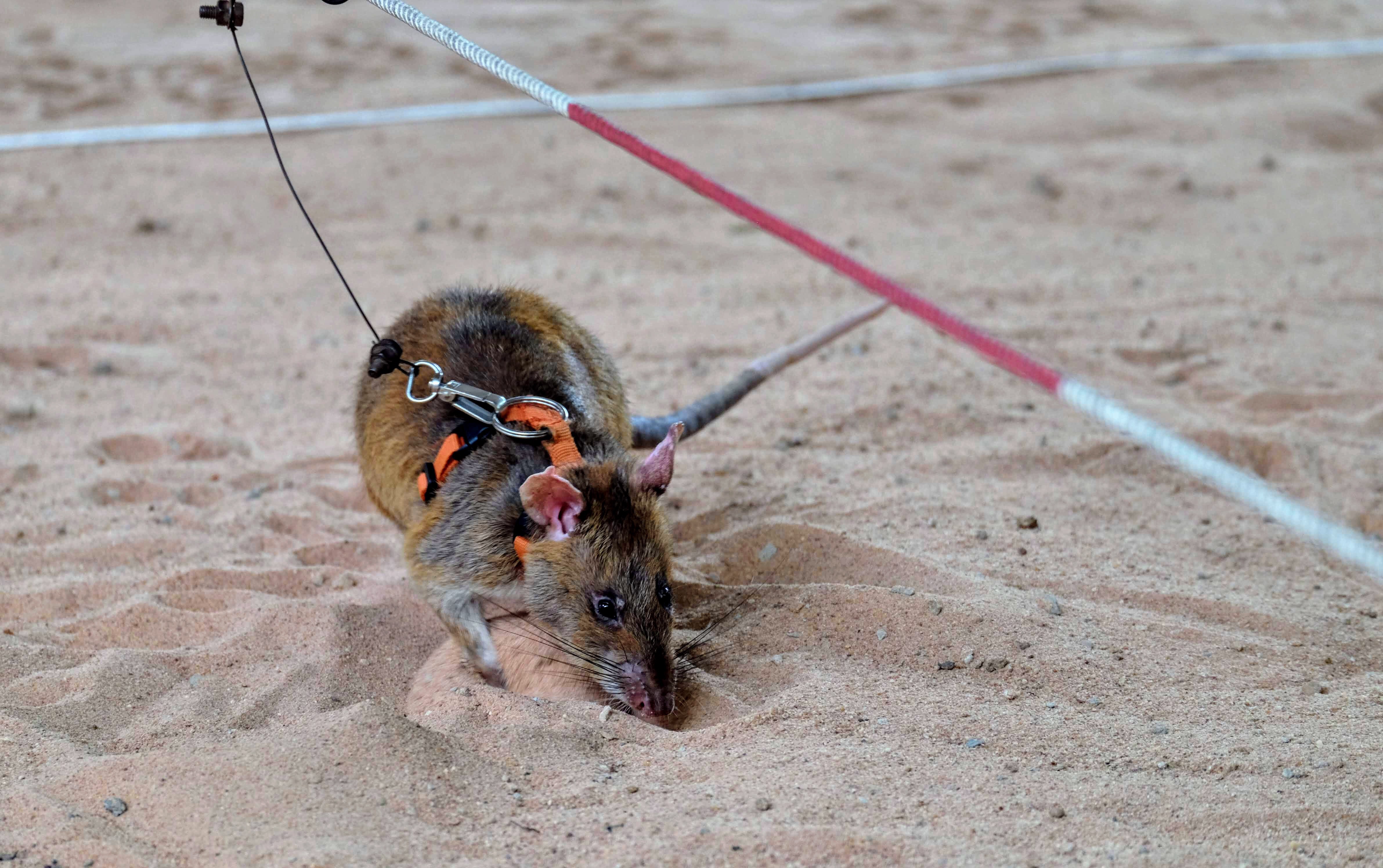 Ethical Travel: Visiting the African rats that sniff out landmines in Cambodia