Adam’s Peak or Sri Pada is Sri Lanka’s most famous mountain, climbed by pilgrims and tourists alike and this is my definitive guide to join them for night hike for the sunrise.

Climbing Adam’s Peak in the night was one of my absolute favourite things that I did in Sri Lanka so even though I do love sleep, seeing the shadow of the peak on the clouds was incredible.

The reason it’s so revered by different religions is that it has a footprint-shaped mark at the top. Buddhists believe it is that of Buddha, whereas Christians and Muslims assert that it is the footprint of Adam when he first set foot on Earth, hence the name. It’s also the fifth highest peak in Sri Lanka (at the time we assumed it was the highest!).

To get to Adam’s Peak, you need to get to Hatton, which is easiest by train and you can get here from Ella, Kandy or Nuwara Eliya and the train timetable is on the Sri Lankan Railways website. Unfortunately, you can’t book online yet and you need to get your ticket in advance from the train station.

Once you arrive at Hatton train station, you just need to step outside where you can get the bus to Nallathanniya (Dalhousie) which costs only 85 rupees with frequent departures throughout the day. If you sit on the lefthand side of the bus then you will be rewarded with beautiful views on the winding one and half journey to Nallathanniya (also called Dalhousie).

Even though I’m a budget backpacker, my best piece of advice is to stay somewhere comfortable so that you can get a good rest both before and after your trek. We stayed there for 2 nights so we could have a night of sleep the next day before heading to Kandy the next day.

We stayed in Delhousie Hotel Galle which was more expensive than we’d usually pay but it was comfortable and close to the bottom of the mountain. Check Tripadvisor for reviews and accommodation.

The trekking season is from December to April and it can get very, very busy at weekends. If you’re doing it out of season then you’ll need a guide because muggings can occur.

We set off at 2:30am, because we’re reasonably fit so we estimated that it would take us about 3 hours to climb and we didn’t want to spend too much time waiting at the top. Give yourself 2 and a half to 4 hours, depending on fitness level to arrive before sunrise. I would take a walking pole with you if you have one as it is quite steep in parts.

The shops are open throughout the night so you can stock up on water and walking snacks and there is also a cash machine in the centre of Nallathanniya. In order to get to the bottom of the mountain, you take a left turn where the bus drops you off, then left again at the standing Buddha and just keep following the line of covered shops until you get to the bottom. Don’t forget to ring the bell for good luck! You may also be asked to sign the guestbook and give a donation.

In peak season, the whole way is lit by fluorescent lights so its really easy to see where you’re going but take a phone for toilet stops. There are tea houses and toilets all the way to the top as well that are open in season.

It took us about 2 and a half hours to climb up the 5,500 steps to the top of Adam’s Peak and we waited for about an hour until the sun started to come up. The climb was a bit steep and it got steeper as it continued towards the top.

We were given a free coffee to drink while we waited, which was great as it was cold! I recommend taking a blanket to wear while you wait. There are free toilets at the top but you need to pay for the ones on your way.

We were in Sri Lanka during January so it was very busy with tourists, but for me, I enjoyed that because I liked the camaraderie of being there with pilgrims and other travellers. I even saw backpackers taking babies up there as well as devotees pulling up old monks who are struggling with the steps. Luckily, it was a weekday as I heard that you end up queuing at weekends towards the end of the season.

It’s a great feeling when you first see the sun’s rays peeking out from behind the clouds. Remember to check the sunrise times before you go.

There are stray dogs at the summit who will watch the sunrise with you! Once the sun comes up there is a drumming ceremony.

Once there is a bit of sunlight, you can have a look at the temple at the top but you’ll need to remove your shoes.

To see the shadow on the clouds you’ll need to go around the back, which is also where you can find the toilets. It is a truly incredible sight.

As you can see, the descent gets quite busy at the steep bit as it is very narrow so be careful. There are also still elderly people being dragged up by relatives but the narrow bit only lasts for about 20-30 minutes before the path widens.

As you descend, you can see the beautiful lakes surrounded by greenery that is so prevalent in this area, as the countryside is part of the Peak Wilderness nature reserve.

The great thing about the descent is that you can actually see all the great scenery that you missed on the way up in the dark. You can also see your fellow trekkers!

It’s a great feeling to look back up to the top of Adam’s Peak just before going back to your hotel for breakfast and a well-deserved nap! It took us about 1 and a half hours to descend and we arrived back at our hotel at 9am.

Another thing to look for is wildlife as the Adam’s Peak countryside has plenty of it! There is a wealth of birdlife as well as the ubiquitous toque macaques that wait at the bottom but please don’t feed them as this just causes problems.

It’s a great feeling to climb Adam’s Peak and its lovely to trek with so many different types of people to see the glorious sunrise at the top! Definitely one of my favourite things to do in Sri Lanka, and it’s absolutely free! There aren’t many countries that have mountains that you can climb and descend in only 4-7 hours so enjoy it.

Have you climbed Adam’s Peak? Or are you planning to? If you have any top tips for night hiking then let me know in the comments below! 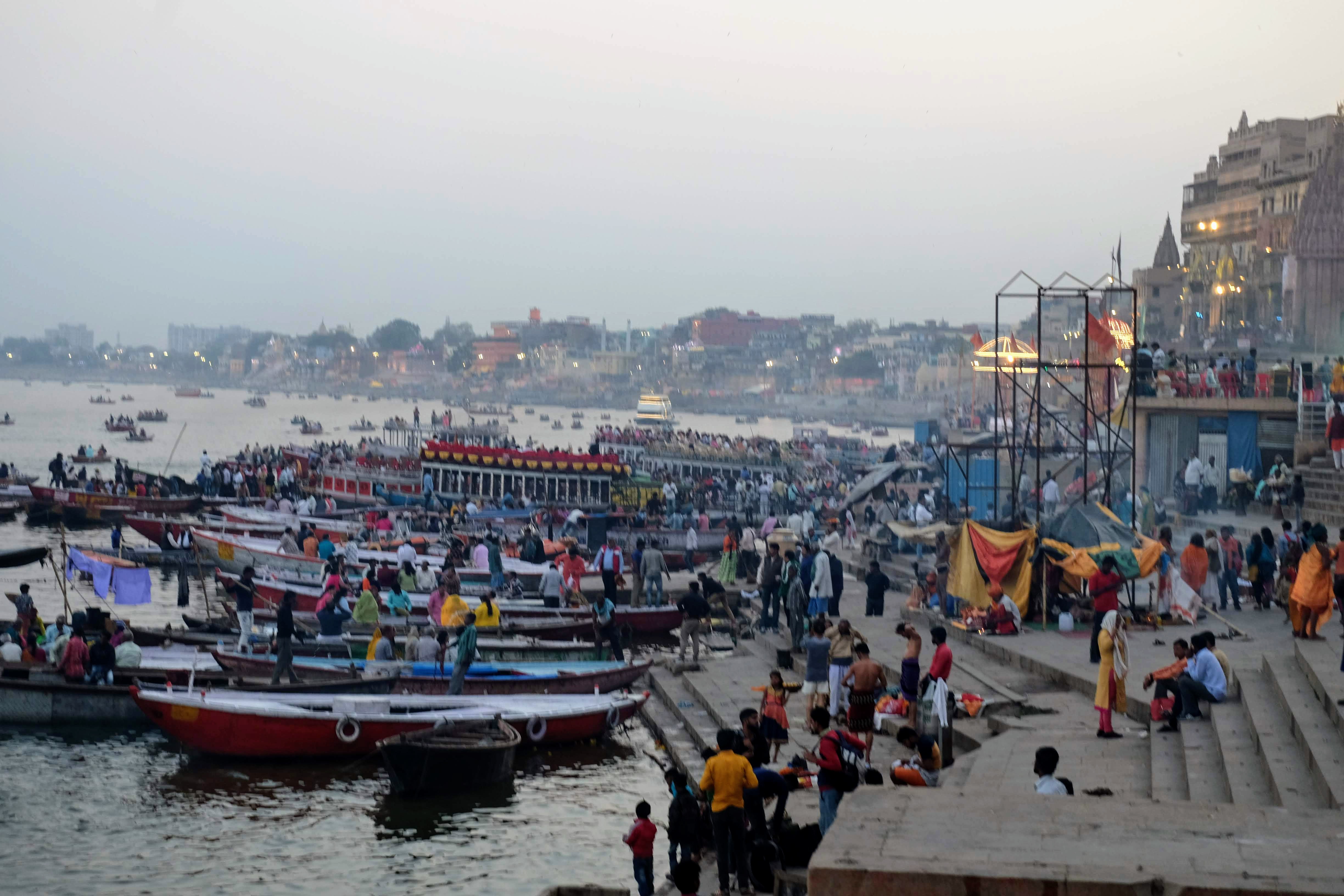 The good, the bad and the ugly about visiting Varanasi in India