I was very good at avoiding the common tourist pitfalls during our months in India, but when it came to trying to see the Asiatic lion in Gir National National Park in Gujarat, I became massively unstuck. I’m going to say from the outset that we had one shot to see the lions, we massively overpaid, travelled for 3 days to get there and had to leave afterwards, and a horribly disappointing experience overall. This is how NOT to see lions at Sasan Gir in Gir National Park.

Gir National Park is the last place that Asiatic lions live in the wild as we hunted them almost into extinction making the Gujarat population is globally important. Find out more about the Asiatic lion from the National Geographic.

You can get to Sasan Gir by bus or the 8am train from Junagadh and there are several departures throughout the day. We stayed at Amidhara Resort which was the only positive thing about our stay here (not an ad) as it was cheap and out of season, we even saw deer wandering past. Check Tripadvisor for reviews and deals for your stay in Sasan Gir:

Confusingly, there is the Gir National Park (called the jungle trail) and the Devalia safari which is like a wildlife park where you’re more likely to see semi-captive lions and its cheaper.

The problems that I had started when I accidentally booked and paid for the sanctuary instead of the national park and then I cancelled it. After I cancelled it, I thought I’d gone on the wrong website so I went on a different website thinking I’d done the wrong thing. The different website was a ripoff but looked more real than the actual website so I booked it for an extortionate price.

Once the money came out, I emailed the guy who said that it was expensive because there was just two of us sharing a jeep and foreigners. This was a lie as it was hiked up by the commission. There is an issue with insanely high commission rates for foreigners in India in general, so it’s so hard to know what is real and what is not.

Anyway, the official foreigner prices are so high for the 3-hour safari in Gir (5,600 rupees plus guide which is 400 plus jeep which is 1,700), that we didn’t realise that we’d been scammed until we got to the park at 5am. They tried to charge us more and we refused. Our guide told us we’ve been overcharged on commission and they waived the excessive (1400 rupees) camera charge as a result.

I complained to the company who’d ripped us off but they didn’t care as people at agencies rarely have qualms about taking money off foreigners so haven’t changed their ways as a result! Trading standards is not something businesses need to adhere to.

If we’d have seen lions it may have been worth it! It’s quite common to not see lions on the short safaris and you have to go on a few, but we didn’t know this at the time.

As a result of my bad experience, here are my tips for going to see lions in Gir National Park:

We did see some wildlife amongst the stark forest environment, including spotted deer (taking our total up to 500,000 on this trip – but the babies are cute and I’m happy to say we saw the full life cycle from conception to teenagehood), Nilgai antelope, wild boar and some peacocks (taking that total up to 10,000).

There are spotters who go out looking for the lions, so they know where they are, it’s just that tourists don’t always see them.

I’m always grateful to see wildlife but there really isn’t too much to see in the Gir National Park besides lions that you wouldn’t see elsewhere.

Going to Gir National Park to see the Asiatic lion was a big part of why I visited India and it was my dream to see one. India is not a place for dreams, its a place firmly rooted in reality and not always a great place to see wildlife. You certainly need a lot of luck. We also tried seeing tigers in Ranthambore to no avail whereas we succeeded elsewhere in South Asia in seeing rhinos in Nepal and a leopard in Sri Lanka.

There is a debate between the states of Rajasthan and Gujarat in order to conserve them as a species. Neither will give in and it’s to the detriment of the animals and the people that try to see them.

The Gujarat government were criticised for ‘mismanagement’ after the deaths of 11 lions in 2018 thought to be due to overcrowding. Let’s hope something changes and that Gujarat stops being the last stronghold of our incredible Asiatic lion after our unconscionable destruction of their species.

If you’ve been to Sasan Gir and saw the Asiatic lion, then don’t tell me because I don’t want to know. I hope that you do though. Honestly. 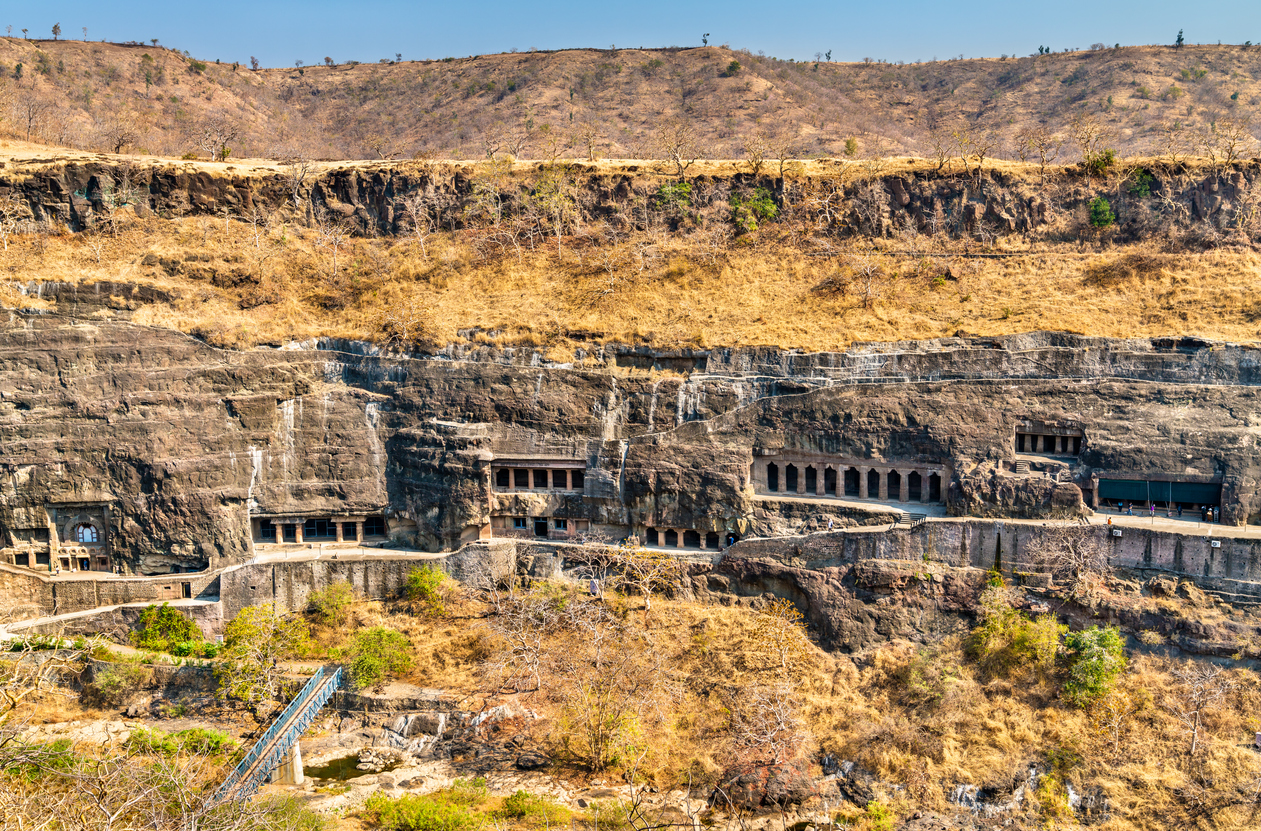 How to see the Ajanta Caves on a backpacker budget