*UPDATE There is currently armed conflict in Mrauk U (as of 15th March 2019), if you were planning on travelling there then I strongly advise you to cancel them, there were shootings while we were there.*

There isn’t too much information about overland travel in some areas of Myanmar, so I wanted to write about how I went from Yangon to Ngapali Beach via Pyay without flying! It’s so much better for your backpacker budget and for the environment to avoid flying, plus you get to meet people and see the environment change as the miles pass.

Where to stay in Yangon

We began our trip to Myanmar in laid-back Yangon, we stayed near Chinatown in 21 Hostel which was small, but in a great location. In terms of onward travel, the bus station is quite a way out of town so it’s worth getting your tickets from your hotel or an agent as commissions are small.

Due to the political situation in Myanmar, check the FCO website for travel advice. I took this trip in March 2019.

Getting out of Yangon

Most of the buses from Yangon go from the sprawling Aung Mingalar highway bus station. The buses go to Pyay go every hour and if you go in the daytime, the buses are less busy so we went at 11.30 and got in at 5.30. Tickets cost 8,000 kyats from Yangon to Pyay.

Your taxi driver should ask where your particular bus goes from in the station so that they can take you to the right bus. To get a taxi in Yangon download their app GrabTaxi which is their Uber equivalent. A taxi from downtown Yangon to the Aung Mingalar bus station costs about 9,000 kyats and takes about 40 minutes with light traffic.

The bus to Pyay took six hours with a rest stop at a service station that had English menus and it was very comfortable. Once we got to the Pyay bus station, we booked our next bus immediately so that they didn’t sell out. We then got some snacks for our tea and got a motorised trishaw to our hotel which cost 4,000 kyats.

In Pyay, we stayed at Naung Yoe Motel, which was great as they made us a packed breakfast for our bus, got the company to pick us up from the hotel and they even gave away free lube!

We were here for 2 nights and we rented a moped (the hotel was slightly out of town) for our one day of sightseeing as our bus to Ngapali Beach was leaving early the next day. Moped hire (plus two helmets!) costs 10,000 – 12,000 kyats for the day and can be arranged via your hotel.

On our sightseeing day, we drove to the ancient city of Thayekhittaya (Sri Ksetra) which is quite hard to drive around due to lack of signs but worth a try! Then we saw the pilgrim site of Shwesandaw Paya and ate by the river. You can also travel south along the Yangon highway to Shwemyetman Paya which is a Buddha wearing golden spectacles. There is also a night market in Pyay for teatime eats.

There are buses to Thandwe (then get a trishaw to the beach) at 8am and 5.30pm and there are minibuses that go all the way to Ngapali Beach at 7.30am from the bus station or at 8am from your hotel.

The minibus company is Yoma Yazar (pictured) which takes about 10 hours and costs 16,500 kyats, but they drop you off outside your door. We stayed at River Top Lodge on the Main Street in Ngapali as we treated ourselves for my boyfriend’s birthday.

The road is single-track and unsealed so it is a bit rough, the bus also stops a lot for rests, food and Buddhist offerings.

Ngapali Beach is beautiful and it is a great reward for only sixteen hours of travel in total! The fact that it is slightly harder to get to means that it is not very developed which is part of the beauty of it. It’s certainly one of the most relaxed places I’ve visited in Southeast Asia.

Have you travelled overland in Myanmar? Do you like overland travel in general? Any questions then let me know in the comments below! 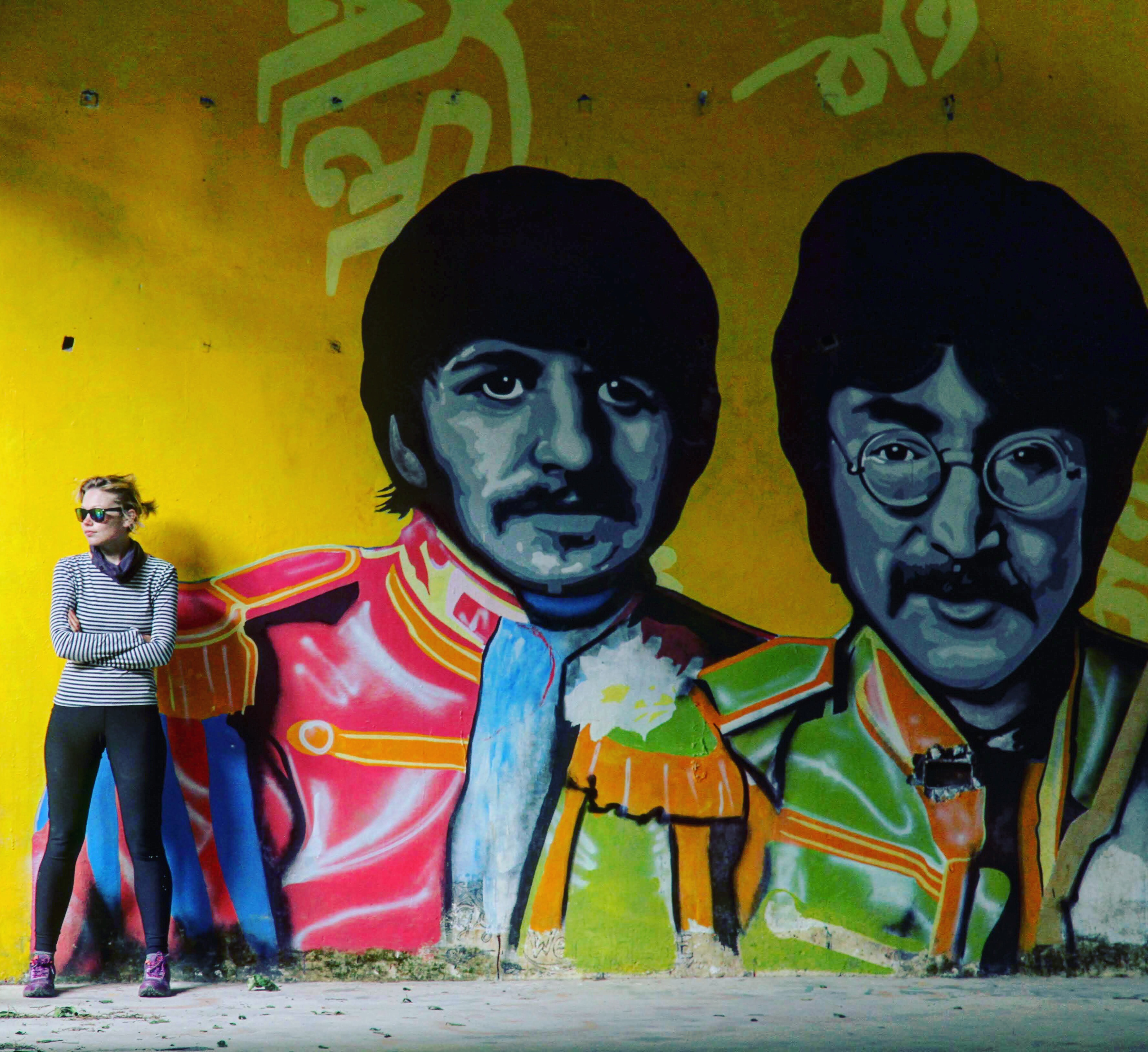 A photographic journey around The Beatles Ashram in Rishikesh, North India