Southern Cemetery is on my doorstep so I decided to use lockdown as a chance to explore it and see what birds I could find it there in the springtime.

It is the large municipal cemetery in the UK and the second largest in Europe so I had high hopes for what I would find, but it actually surpassed my expectations in terms of wildlife. I visited the graveyard at different times of day with my camera, to find and photograph the birds and discovered that is really was an oasis for nature in the city.

This isn’t a coincidence as the cemetery is specifically managed to support wildlife and there are areas where the grass and wildflowers are allowed to grow as well as groves of trees and nestboxes galore. Those efforts have absolutely paid off combined with the quietness of the environment has really allowed nature to thrive and become surprisingly confiding. Back in 2013, urban birder David Lindo filmed here for the BBC One TV show Urban Jungle.

Not only that, but many famous people are buried here, including Sir Matt Busby, John Rylands, L.S. Lowry amongst others so you may find a bit of Manchester history too if you visit. The Smiths even wrote a song about it called Cemetry Gates.

The most obvious and perhaps the most vocal bird was the carrion crow. I saw many crows inspecting the graves, drinking from the flower vases and generally taking full advantage of everything around them.

It wasn’t just the crows who loved to interact with the grave decorations as I saw squirrels eating fresh flowers and chasing around the trees. Squirrels and crows certainly take the crown as the most popular animals to spot, but they are very much not alone.

Another popular bird is the magpie in its gleaming springtime plumage. It’s easy to forget how beautiful this bird really is.

The corvid family is well represented with a small flock of jackdaws.

It wouldn’t be complete without the most colourful of the corvids – the handsome jay. There are a few nesting pairs and this one had some sort of grub for its chicks.

The blackbird was my first spot from the passerine family, there are several pairs that love the short grass for finding worms as well as flitting between the trees and the stones.

At the north of the graveyard, there are several pairs of song thrushes as well as a few mistle thrushes. I’ve never seen this many thrushes in the same place, and it was great to see as they are both a red-listed species.

The most exciting thing I discovered about the cemetery is that it is a very fertile breeding ground, as these woodpigeons demonstrated by mating on a gravestone.

This song thrush made a nest in the fork of a tree.

There are a lot of nestboxes on the trees and one bird that has really taken advantage of this and that is the nuthatch.

In fact, the cemetery is nuthatch paradise and three of the nest boxes were being used by nuthatch families. They graze on the ground in the early evening.

Two blue tit families had taken over another two nest boxes with their broods.

I didn’t even realise this next box was occupied until I heard the fledglings chirruping.

In the shade of the north trees, robins are nesting and collecting insects from the bottom of the gravestones to feed to their chicks.

Great tits also like to forage in the leaves underneath the graves to find insects to feed their chicks.

It isn’t just the trees and nestboxes that the birds use to nest in, it’s also the chapel buildings. This great tit made a next in a chapel drain pipe.

The drainpipes are a popular place for small birds to forage in and this chaffinch came looking for a meal.

It isn’t just the birds that are breeding, as many of the squirrels also have babies in the springtime.

The hedgerows near the war monuments are popular with blackbirds and dunnocks who like to feed on the ground.

The trees and bushes near the main entrance are a haven for small birds like this goldfinch.

Across the cemetery, you may find small flocks of long-tailed working their way through the trees.

My most surprising discovery was a pair of mallards who came here to sleep in the evening. Chorlton Water Park is quite close by and I see them flying over the Merseybank Estate but I had no idea that this was where they were heading.

I hope you enjoy this post and I will keep updating it as I enjoy my very own Southern Cemetery Springwatch! Share your sightings in the comments below as I’m still holding out to see an owl…

What birds can you see in Southern Cemetery in Manchester? 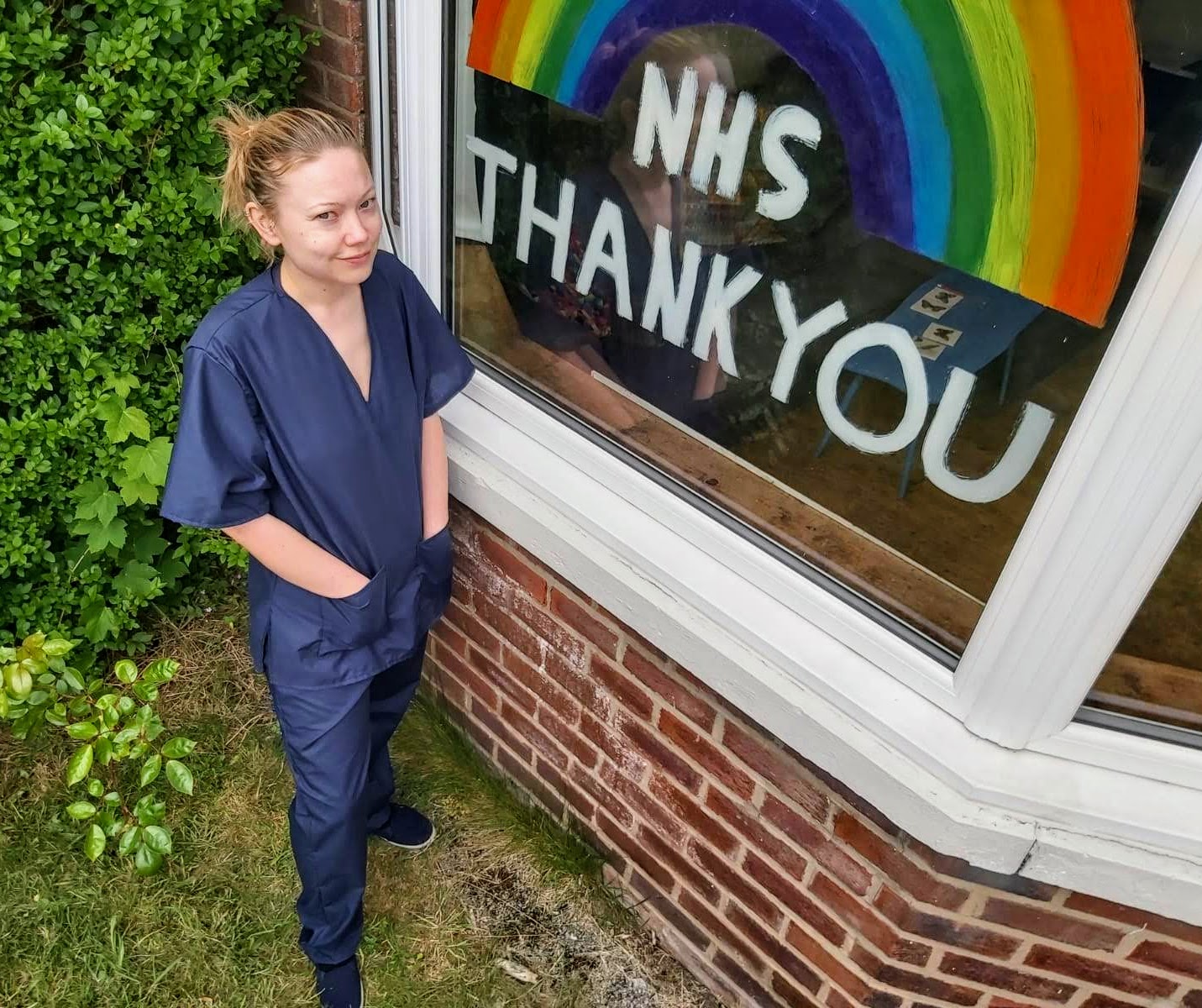 The easy guide to sewing scrubs for healthcare and NHS workers